Fima signs the main hotel in Gorgan, a city in northern Iran along the ancient Silk Road. Precisely on those routes of goods and knowledge exchange between Europe and the East, where new opportunities are flourishing today, Fima intensifies its activity with the first realization in Iran that includes concept design, preliminary and final preliminary design of both the exterior and all interior spaces.

The hotel will be the most important and modern in the city, with 120 rooms, a large spa, gym, meeting and convention room, two restaurants and a rooftop sky-bar with a panoramic terrace. The project arises from the need to create a symbolic hotel for a booming city: 300,000 inhabitants, Gorgan is located in the Golestan region, a few kilometers from the Caspian Sea and is going through a period of particular ferment.

Developed on 12 floors plus four underground, the hotel is thought as a combination of balance and dynamism: the façade is characterized by a sequence of full and empty spaces that create a game of light and shadow, giving to the whole project an overall regularity that becomes sometimes “decomposed”. The structure consists of a fully glazed basement on the ground and first floor, which host the reception and convention hall, and from one side  in elevation that develops from the second floor with the restaurant, continues with eight floors with the rooms and culminates on the eleventh floor with a second restaurant and the twelfth with the spectacular sky-bar.

The south and west facades of the elevated part are characterized by glass elements and stone elements which, starting from a uniform composition, are broken up to create an abstract geometry on the upper floors, according to a parametric process. This creates a strong stylistic tension between an extremely regular part and a part that appears random.

The north and west facades, blind for the most part, are instead characterized by aluminium elements that gradually increase their thickness until they are dematerialized. The composition is therefore regulated by parameters that change according to the increase of floors. Even the plants of the various levels reproduce the same concept of the façade. From a regular shape to the lower floors, the plants are modified to create a game of angles that follow parametric patterns. The whole project is made in BIM. 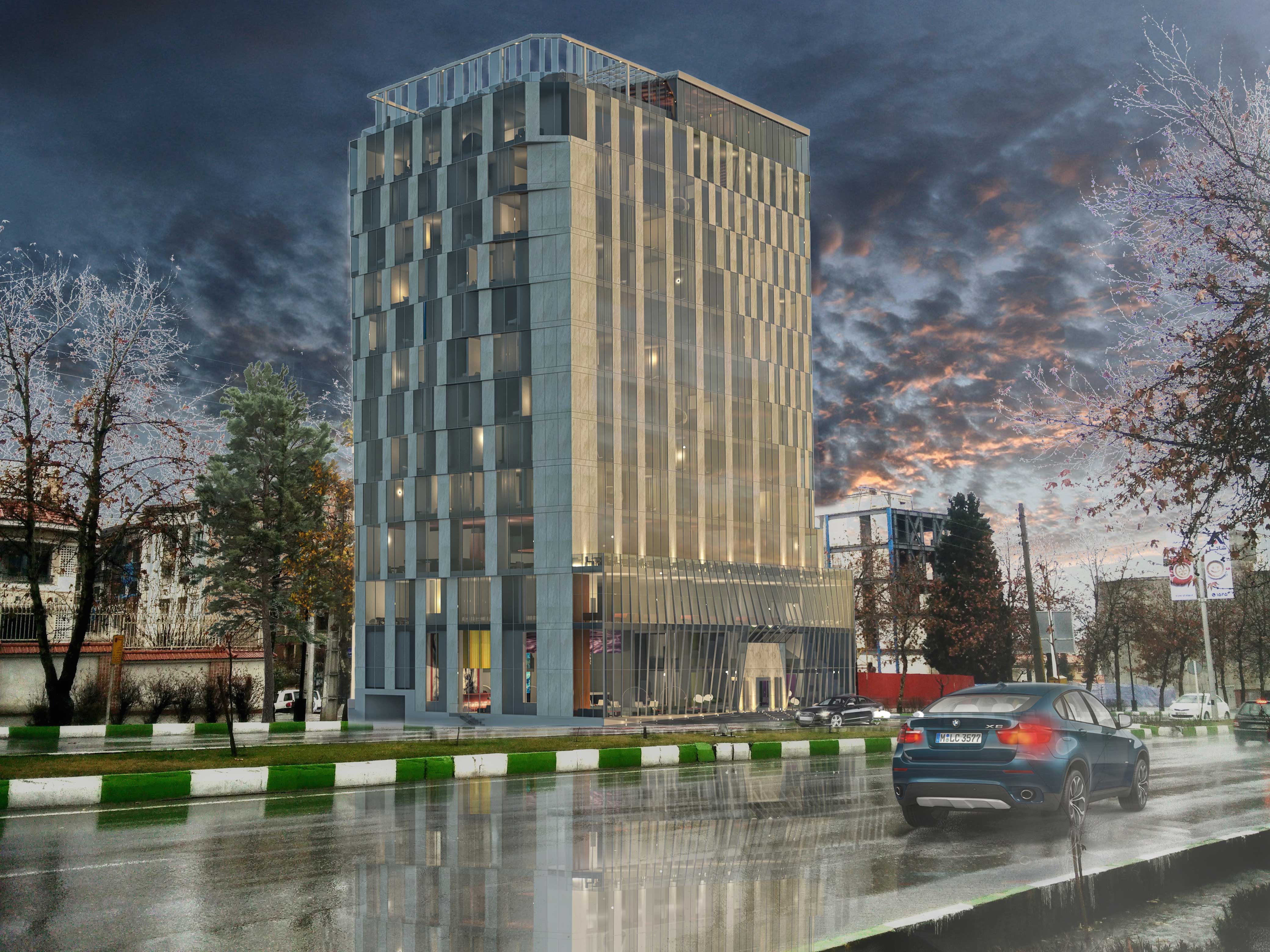 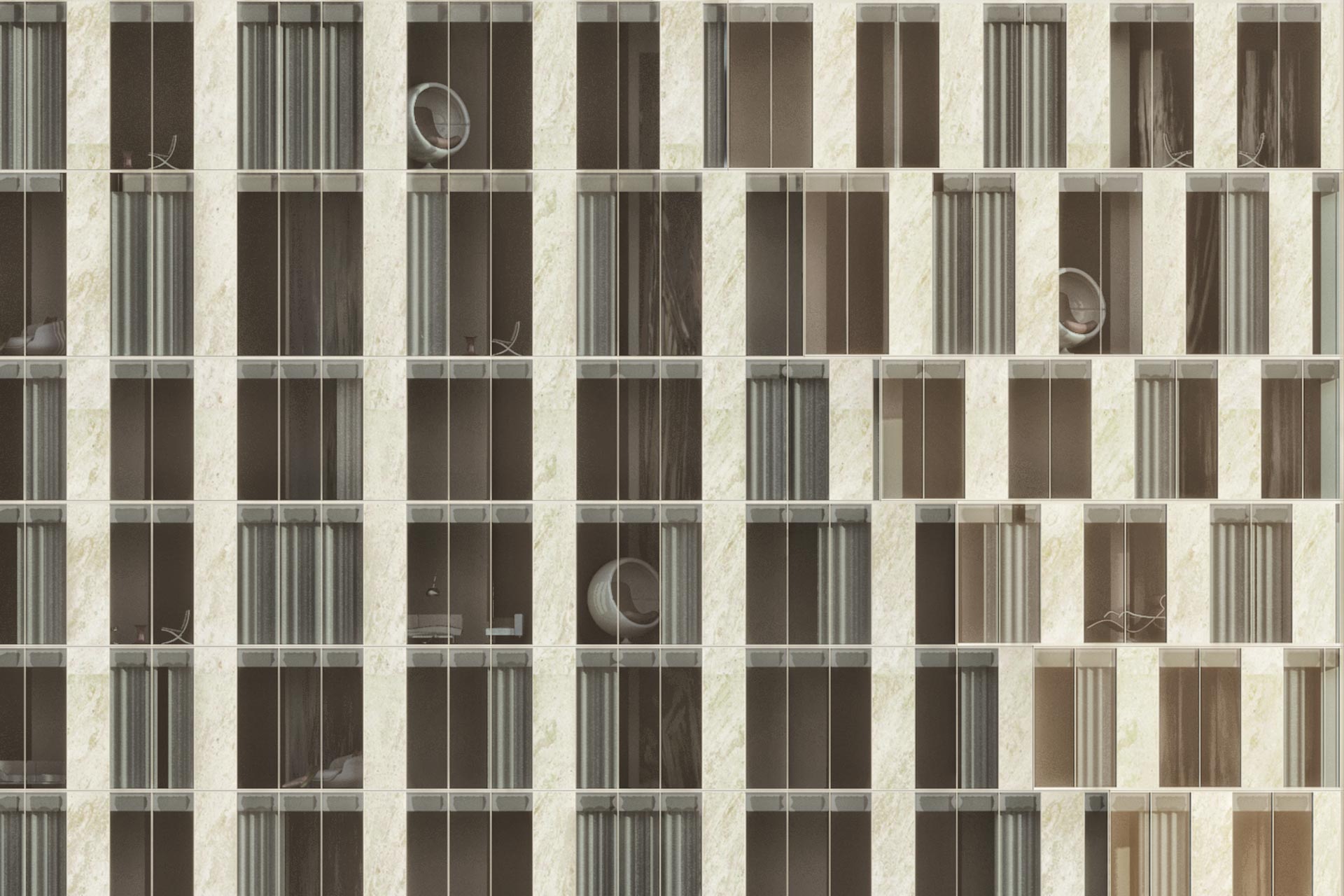 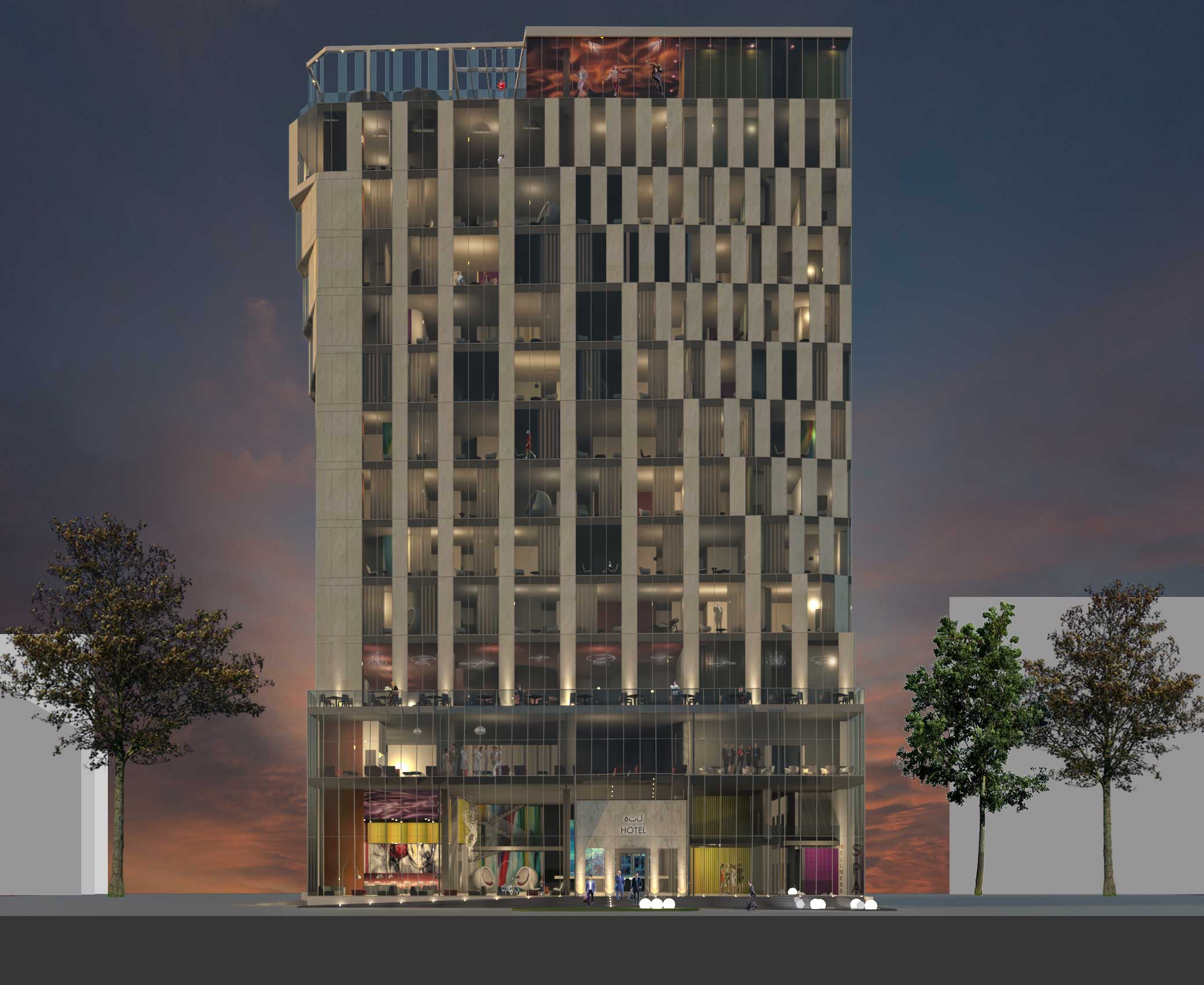 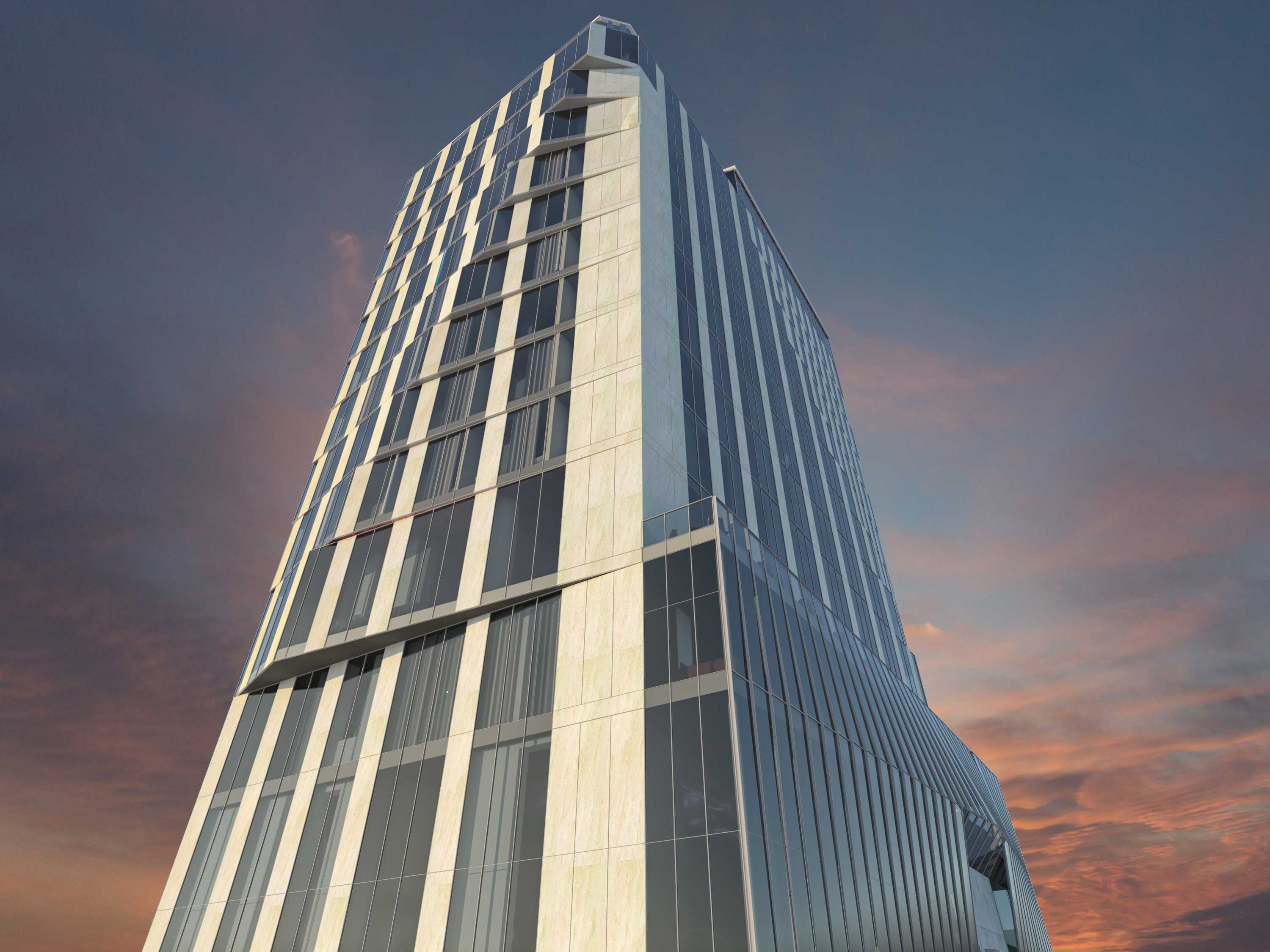 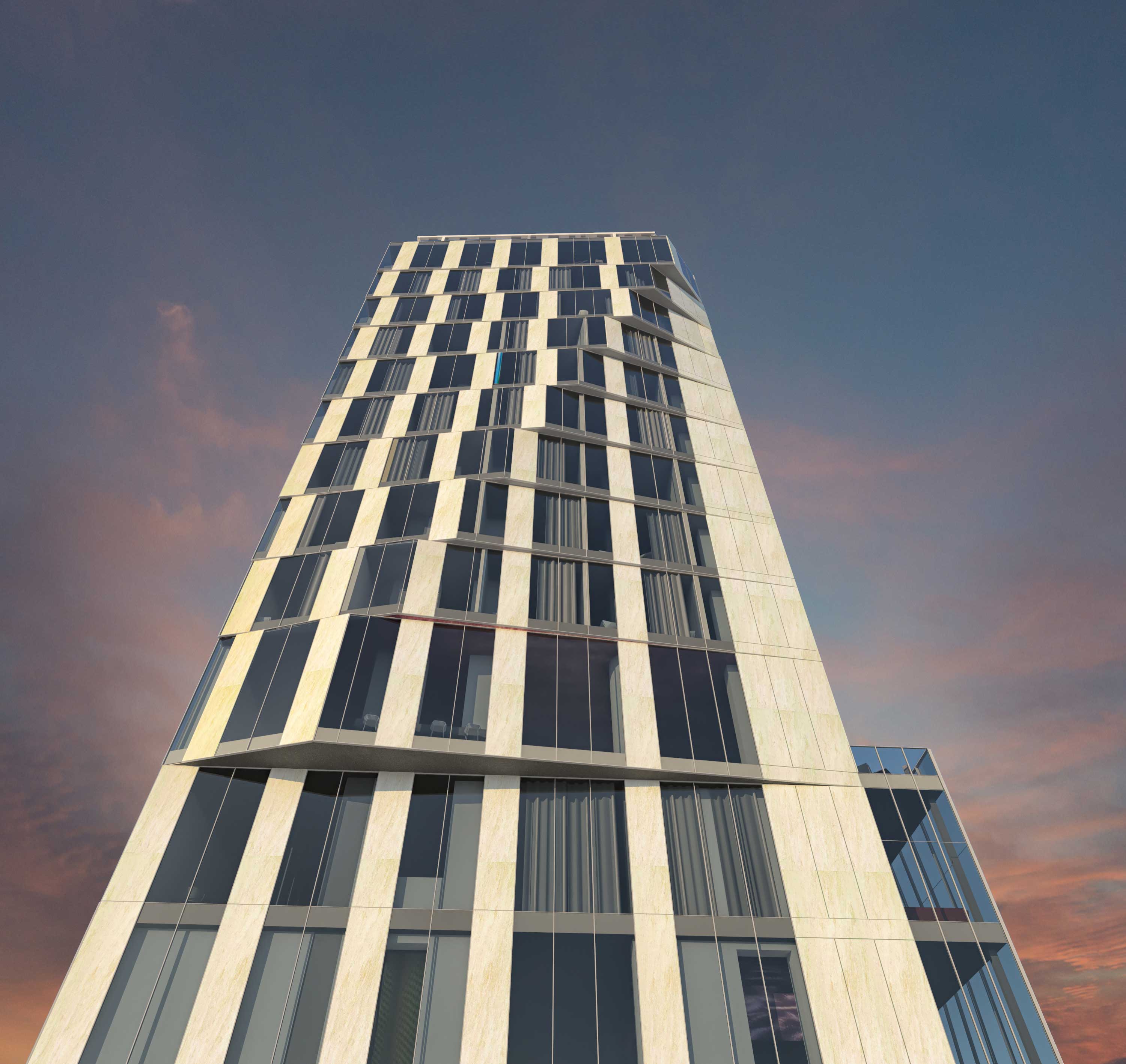 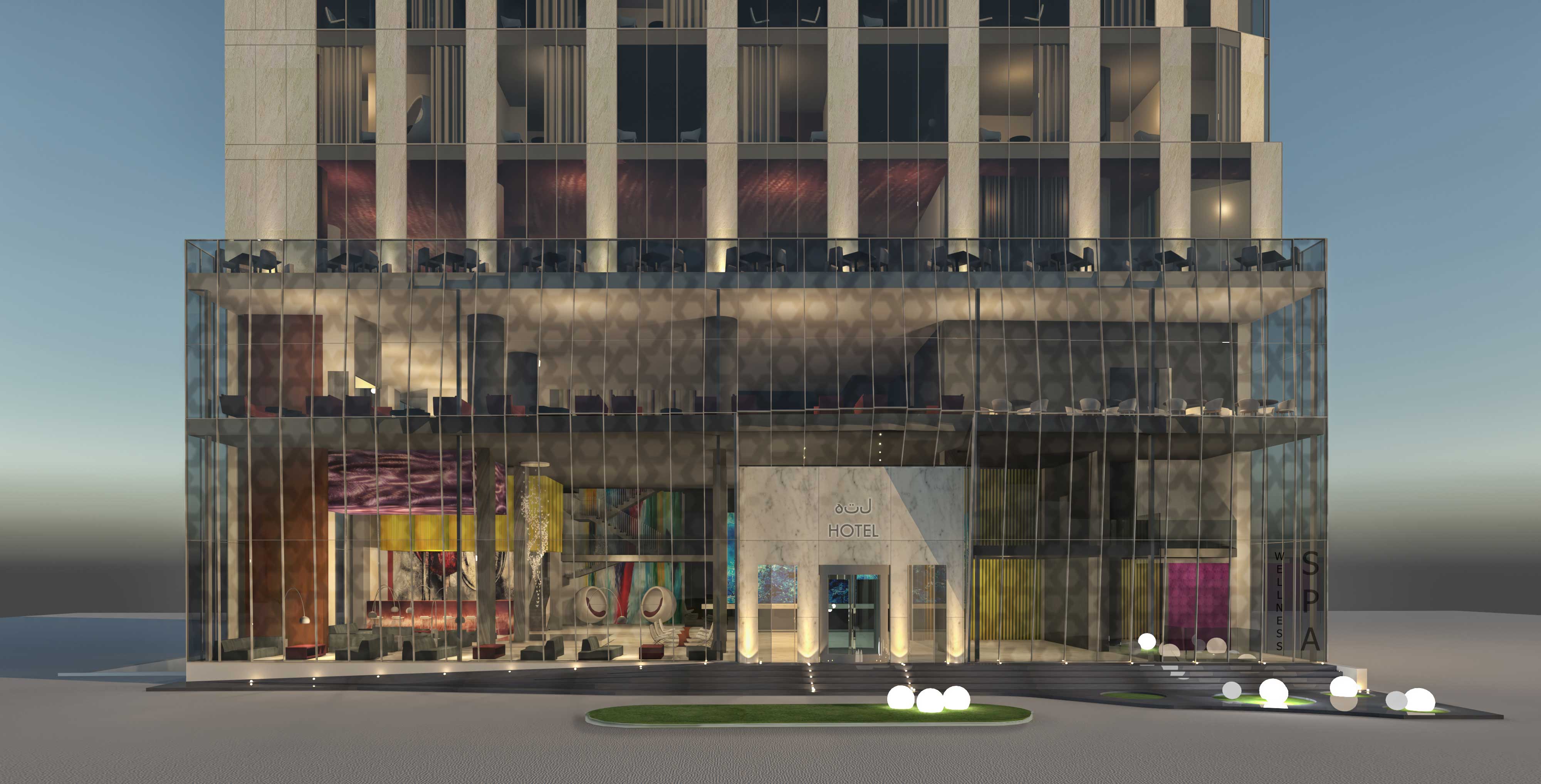 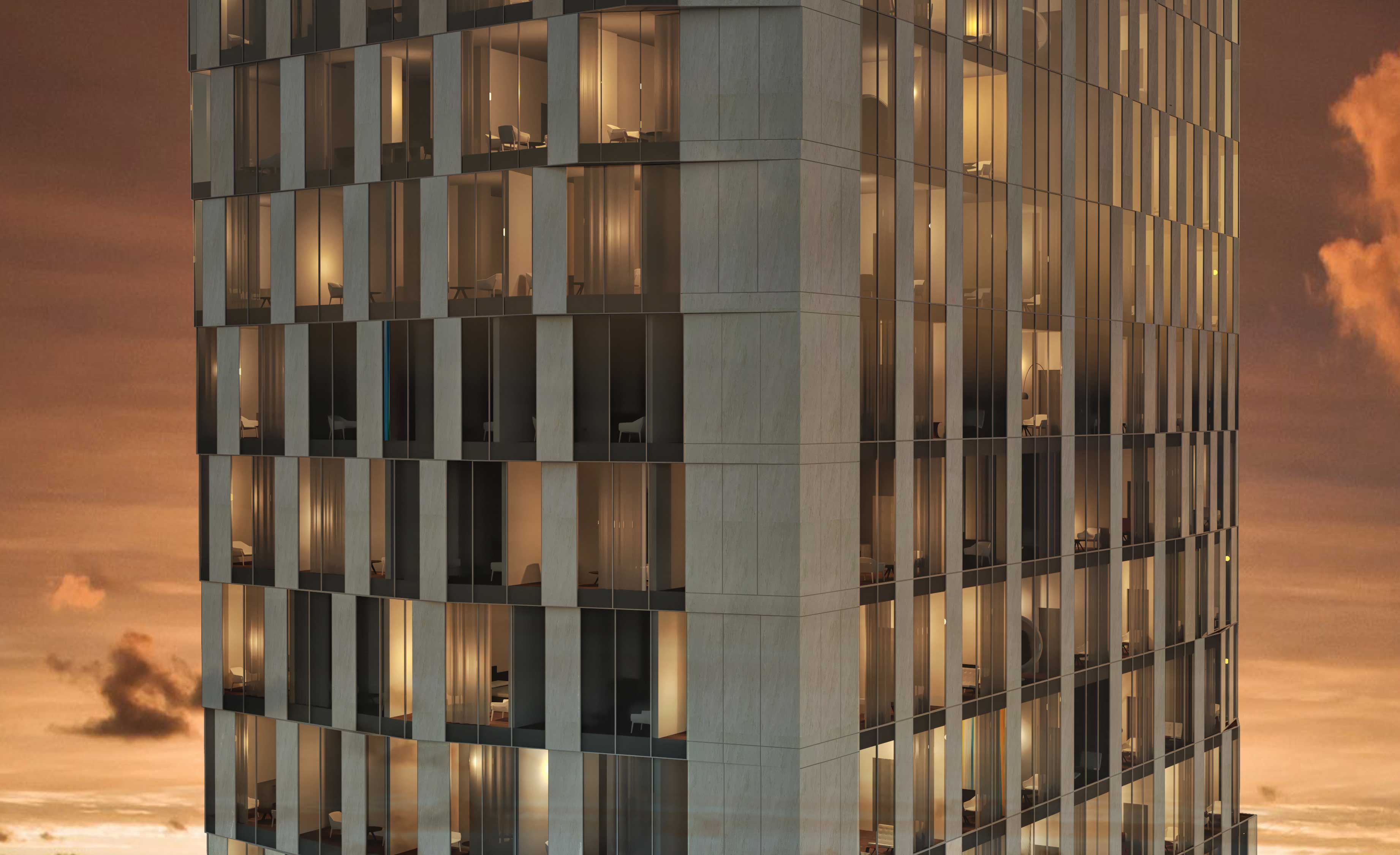